A London Travel Guide for Families

One of the world’s most visited cities, London is a wonderful destination for families to explore. While staying in the city itself can sometimes be pricey, rest assured, there are plenty of ways to enjoy London without the price tag. Many of this city’s museums and galleries are free, while leafy parks are ideal for impromptu picnics (assuming of course, it’s not raining).

The list of what to do and see is extensive, but if you want to check off as many tourist attractions as possible, plan to spend time in central London, where many iconic sights are located. Whether your kids are enamored with castles, dinosaurs, princesses or Paddington Bear, here are some suggestion on making the most of London.

With tales of imprisonment and intrigue, the Tower of London makes for a history lesson kids won’t soon forget! Be sure to take the Yeoman Warder (“Beefeater”) Tour, where grisly tales of Mary Queen of Scots, Henry VIII and Richard III are all bought to life. Line up early to see the real Crown Jewels in the imposing 11th century tower and get kids to see if they can spot the resident ravens who live on the grounds of the tower. According to legend, “If the ravens leave the Tower, the kingdom will fall.” 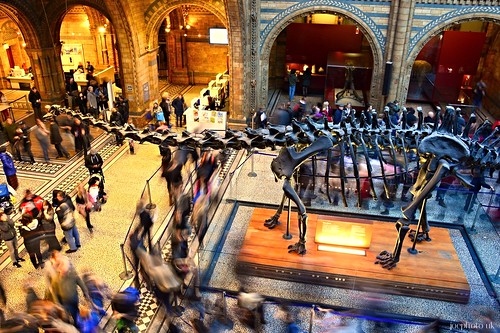 The Natural History Museum is an ideal place to head on those rainy London days. Housed in the stunning Waterhouse building, highlights include the roaring (and rather frightening) T-Rex in the dinosaur gallery and earthquake simulator. Touching is encouraged in the Investigate science centre where kids can inspect hundreds of the museum’s specimens. You’ll probably have a hard time dragging budding scientists out of the museum – which is also free of charge! 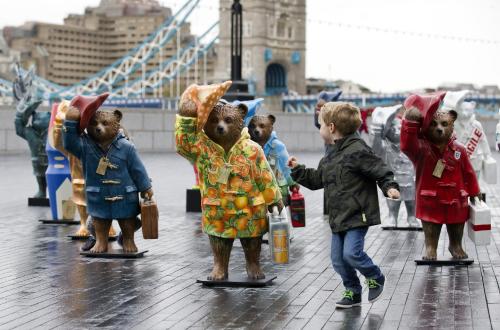 If you are flying into Heathrow airport, take the train directly into London’s Paddington Station. This is the station London’s most famous bear—Paddington—arrived from Darkest Peru. Children can have their photo taken with a bronze statue of the marmalade-loving bear under the clock on Platform 1. There’s also a Paddington Bear shop where you can purchase your own stuffed bear. You may also find Paddington Bear statues scattered around the city for tourists to find, so you can turn it into a fun game with your children to try and spot them.

Princes and Princesses in training can glimpse of a real palace! The Changing of the Guard takes place at 11:30 am daily at Buckingham Palace. Arrive early to see the spectacle unfold (complete with music) where the guards, dressed in large bearskin hats, ceremoniously swap shifts. Young royalists can also tour the Palace’s State Rooms where the Queen entertains guests. The State Rooms are open to the public during the summer months.

What’s a trip to London without seeing a West End show? The entire family will love the delicious tale of Charlie Bucket in Charlie and the Chocolate Factory. With lavish sets, including a chocolate garden, and a chorus of Oompa-Loompas, the tale of Charlie and his golden ticket, the musical is on at the Theatre Royal Drury Lane until June 2016.

Follow a trip to the West End with another London institution: afternoon tea. The One Aldwych Hotel is currently offering a Charlie and the Chocolate Factory themed afternoon tea. The feast includes sweets like homespun candy floss and golden chocolate eggs, along with traditional egg and watercress sandwiches. There’s a children’s menu and pricing, where kids sip chocolate caramel milk, while adults can enjoy the Charlie Cocktail alongside their tea.

Play in the Park

Burn of some steam in one of London’s leafy parks. St. James’s park is nestled close to the city’s famous attractions. There’s a children’s playground and the resident pelicans are fed fresh fish daily at 2:30 pm. In the summer months, lounge in a deckchair and see if you can spot the London Eye nearby. A favourite with Londoners, Hampstead Heath is a few miles out of the centre of London, but you’ll feel like you are a million miles away. Pack up a picnic, hang out in the playground or visit the Hampstead Heath’s zoo.

Get a bird’s eye view of London, where the Thames divides the city into north and south. The London Eye has become as much a landmark as Big Ben (which you will get a great view of!) Step into one of the Eye’s 32 glass pods; even on a rainy overcast day, it’s a fun to watch the city as the Eye lazily rotates for 30 minutes. The London Eye is a great way to familiarize yourself with the city, or save for the end of the trip and see how many landmarks your kids can pick off!

Ready to start planning your family vacation in London? Talk to a Flight Centre London travel agent today or call 1-877-967-5302

3 Food Markets You Need to Visit in London

Travelling with Kids During COVID-19

100 Fun Places for Couples to Travel Together

What to Pack for a Vacation with the...

Month by Month: Where to Go in Europe...

Top 12 Kid-Friendly Cities in Europe for Your...

Best Couples Holidays in Europe for 2022

Expert Tips for Planning a Family Trip to...